What is a gas plug valve?

Gas plug valves are flow control valves used to regulate flow of gases such as natural gas, oxygen, and liquefied petroleum among others. These valves are either lubricated or non-lubricated. The non-lubricated valves are economical since they rarely need repair and maintenance. Gas plug valves are operated manually or automatically. The operation of this valve whether it is manual or automatic is the same. The valve plug rotates for a quarter turn to either start or stop gas flow. Gas plug valve manufacturers design these valves using different materials such as metallic alloys, rubber, and plastic. The choice of material used to make the valve or certain component of the valve will determine among other factors, the area of applications. 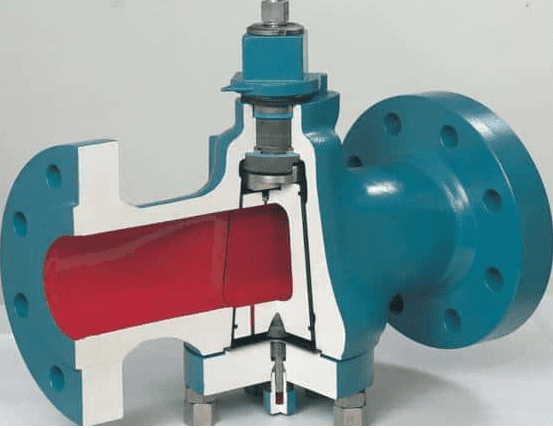 The basic construction of a gas plug valve consists of valve body, body cover, stem, gland packing, gasket, plug, handle, and connecting elements. The valve body is the component that houses internal parts of the valve such as the seat, plug, and seals. Gas plug valve manufacturers design the body to have high strength that ensures the valve can operate at high pressure and high temperature as well as make it secure against impact damage. The body cover is placed on top of the valve body. The cover and the valve body are connected using bolts and nuts or screw threads. The body cover provides the opening for cleaning or repairs when necessary. The cover also helps to house internal parts like gland packing and seals.

The handle is used by the valve operator to apply torque to operate the valve. The handle is connected to the valve plug via the stem. The stem is connected to the handle and it serves to transmit torque from the handle to the plug. Gas plug valve manufacturers make the stem from strong metallic materials to ensure it is strong enough to rotate the valve plug. The valve plug is used to close or open the valve. Gasket is placed between the valve body and pipe to enhance a bubble-tight seal against fluid leakage. The gasket is also placed between the body and top cover to ensure zero leakage. Connecting elements include bolts and nuts used to connect the valve to the pipe or the valve body to the body cover. 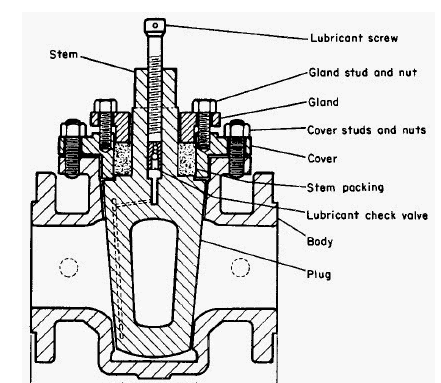 How does a gas plug valve work?

The operation of a gas plug valve is based on the rotation of the valve handle. By rotating the handle, the valve stem also rotates and the same occurs on the valve plug. Gas plug valve manufacturers use a quarter turn concept to make this valve open by just rotating the plug for 90o degrees. To start gas flow through this valve, the handle is rotated in the clockwise direction for a quarter turn. As such, the stem and thus the valve plug makes the same rotation. This rotation helps to align the plug port collinear to the valve port. By making such alignment, the fluid finds the valve free to flow through. To stop gas flow, the handle is rotated again but in the opposite direction which is counterclockwise. This rotation aligns the plug port perpendicular to the gas plug valve port hence blocking fluid flow. For throttling flow, the valve plug is rotated slightly by an angle of less than 90o degrees depending on the flow rate needed. 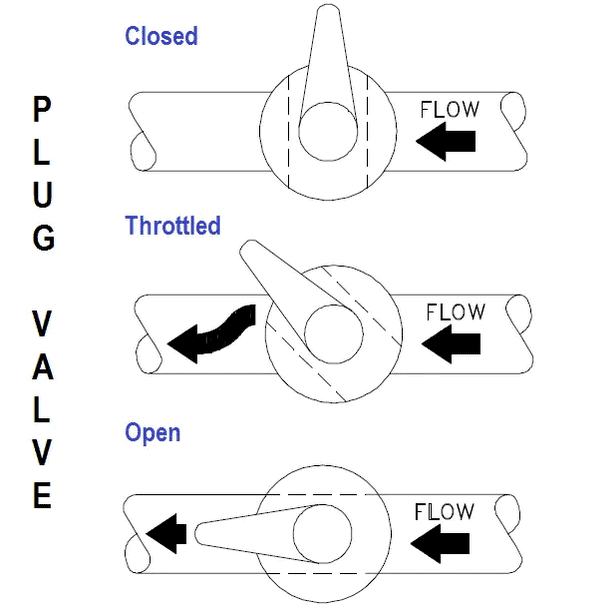 This is the gas plug valve with threaded ends on the inlet and exit ports. This valve is easy to install and offers a tight seal if used at the recommended fluid pressure. Gas plug valve manufacturers machine the threads to either be male or female. For the male threaded valve, the pipe end is machined with female threads and vice versa. This valve is suitable for use in gaseous applications where there are no slurries or viscous fluids to cause blockage. Also, this type of valve is small in size which makes it suitable for use where space is limited. 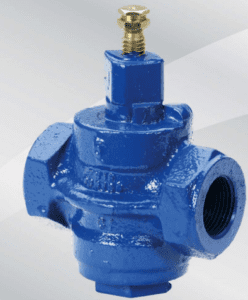 This is the type of gas plug valve suitable for use in high-pressure and high-temperature applications. Gas plug valve manufacturers make this type of valve from strong metallic materials such as carbon steel, stainless steel, and ductile iron among others. Such materials make the valve strong enough to operate without failing due to high pressure or high temperature. This valve is connected to the pipeline using bolts and nuts. As the name suggests, this valve has flanged ends on the inlet and outlet ports. The flanged ends have holes of equal size and number and are used to hold the bolts that connected the valve and the pipe.

Gas plug valve manufacturers produce this valve for use in high-pressure applications since with the high torque provided by the several bolts and nuts the fluid cannot leak. However, this valve is usually large and is thus suitable for use where space is not limited. Also, the valve is heavy and the piping system should as well be strong to withstand the weight. 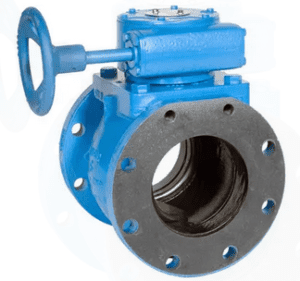 This is a special gas plug valve that has three or four ports. Gas plug valve manufacturers design this valve for use in applications that involve fluid diversion and or mixing. This ensures that gas from different pipes can be mixed in one valve and then allowed to leave as one fluid stream. For diversion, the fluid flow direction is changed to an angle of 90o degrees. This type of valve does the work that can be done using three or four gates which helps to reduce the cost of the piping system. 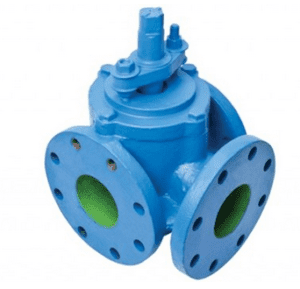 This is the gas plug valve which is operated automatically. Gas plug valve manufacturers recommend valve in applications that involve a lot of operating torque and where frequent valve operation is desired. This type of valve helps to reduce fatigue to the valve operator. However, this type of valve is quite expensive compared to those operated manually. The additional cost arises from the cost of the actuator as well as the automated system that coordinates the operation of the valve. Actuated gas plug valve manufacturers design three types of actuators that are pneumatic, electric, and hydraulic actuators that can be used to operate this valve.

The electric actuator uses electrical energy (electricity) to operate. It has a system that transforms electrical energy into mechanical energy in terms of torque. A pneumatic actuator uses compressed gas to operate. The compressed gas acts on a piston to produce the torque that operates the valve plug to open or close. This type of valve is very reliable for use even in applications involving high temperatures and high pressure. The hydraulic actuator uses hydraulic fluids. This actuator is able to produce a lot of torque because hydraulic fluids are not compressible. However, use of this valve is restricted to applications where high temperatures are not involved. 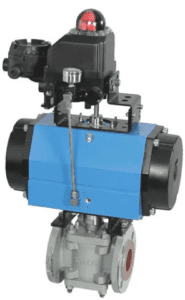 This is a gas plug valve meant for use in industries that handle corrosive gases such as ammonia, sulfur dioxide, nitrogen dioxide, and hydrogen chloride among others. Gas plug valve manufacturers use PTFE material to cover the interior of the valve. The PTFE material is a thermoplastic material that is highly resistant to corrosion and of a high melting point of around 250 oC. Due to these properties, gas plug valve manufacturers use it to handle fluids at high temperatures as well as prevent the fluid from corroding internal parts of the valve. This type of valve is not lubricated but it uses a sleeve between the plug and the valve body to enhance smooth operation. The sleeve is also made of the same PTFE material. This material has slippery properties which enhances the smooth rotation of the valve plug without wear. 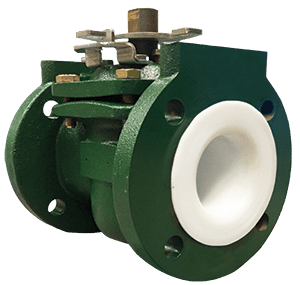 No gas flowing through the valve

The handle is hard to operate

The actuator does not operate

Fluid leakage through the body and pipe joint

Leakage through the stem

Send us a message if you have any questions or request a quote. Our experts will give you a reply within 24 hours and help you select the right diaphragm valve you want.