A plug valve is a rotary valve with a corresponding shut-off or plunger. By rotating 90 degrees, the flow path on the plug is the same as or separated from the through hole on the valve body, thus opening or closing the valve. The plug shape of the plug valve can be cylindrical or conical. In the cylindrical plug, the runner is usually rectangular, while in the conical plug, the runner is trapezoidal. These shapes make the structure of the plug valve lighter and lighter, but also produce a certain flow loss. 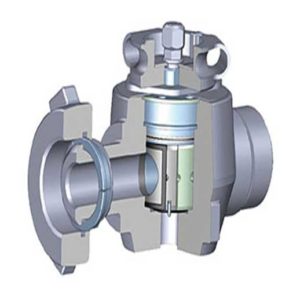 Plug valves are suitable for cutting off and replenishing media and diverting, but sometimes for throttling, depending on the nature of the application and the corrosion resistance of the sealing surface. Because the movement between the sealing surfaces of the plug valve has a wiping function, when the plug valve is fully opened, it can completely prevent contact with the flowing medium, so it can also be used for the medium containing suspended particles.

Another important feature of plug valve is that it is easy to adapt to multi-channel structure, so that a valve can obtain two, three or even four different flow channels. This can simplify the design of the piping system and reduce the number of valves and some connecting accessories required by the equipment.

The installation and maintenance of plug valve should pay attention to the following points:
1. Keep the rotating position of the valve stem
2. It shall not be used for throttling.
3. The valve with driving mechanism shall be installed vertically. 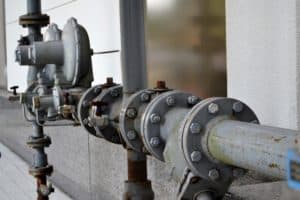 Ball valve was born in the 1950s, with the rapid development of science and technology, the continuous improvement of production process and product structure, in a short period of 40 years, it has rapidly developed into a major valve. The usage of ball valve is increasing year by year.

Ball valve is mainly used to cut off or connect the medium in the pipeline, and can also be used for fluid regulation and control. It is especially suitable for sealing between hard V-shaped valve core and hard V-shaped valve core. The multi-channel ball valve can not only flexibly control the confluence, diversion and flow direction switching of medium, but also close any channel and connect the other two channels. The valve shall be installed horizontally in the pipeline. 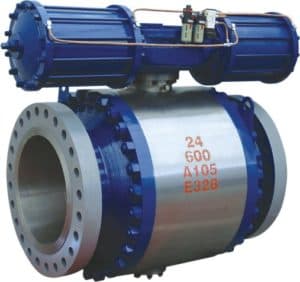 The ball valve can rotate 90 degrees. The plug body is a ball with a circular through hole or channel on the shaft. The ball valve in pipeline is mainly used to cut off, distribute and change the flow direction of medium. It only needs 90 degrees of rotation and a small rotational torque to close tightly. Ball valves are suitable for on-off and globe valves, but in recent development, ball valves are designed to throttle and control flow, such as V-type ball valves.

The ball valve has compact structure, reliable sealing, simple structure and convenient maintenance. The sealing surface and spherical surface are often in a closed state, which is not easy to be corroded by medium and easy to operate and maintain. It is suitable for water, solvent, acid, natural gas and other common working media, as well as oxygen, hydrogen peroxide, methane, ethylene and other media with bad working conditions, and has been widely used in various industries. The valve body can be integral or split.

1. Small flow resistance, full bore ball valve has no flow resistance.
2. Simple structure, small volume and light weight.
3. Tight and reliable. It has two sealing surfaces. Ball valve sealing surface materials are widely used in various plastics. Good sealing performance, can achieve complete sealing. It has been widely used in vacuum system.
4. Simple operation and fast switching. From full open to full close, only need to rotate 90 degrees, convenient remote control.
5. Easy maintenance, simple structure of ball valve, movable sealing ring, easy disassembly and replacement.
6. When the valve is fully opened or closed, the sealing surface of the ball and valve seat is isolated from the medium, and the medium will not cause corrosion to the sealing surface of the valve.
7. It has a wide range of applications, from a few millimeters to several meters in diameter, from high vacuum to high pressure.
8. Because the ball valve has certain wiping performance in the process of opening and closing, it can be used in the medium containing suspended solid particles.

Therefore, you can choose the right valve according to your own situation, hoping to be helpful to you.

Send us a message if you have any questions or request a quote. Our experts will give you a reply within 24 hours and help you select the right diaphragm valve you want.